Home > News > We are happy to announce the inauguration of our new Incubator House!

We are happy to announce the inauguration of our new Incubator House! 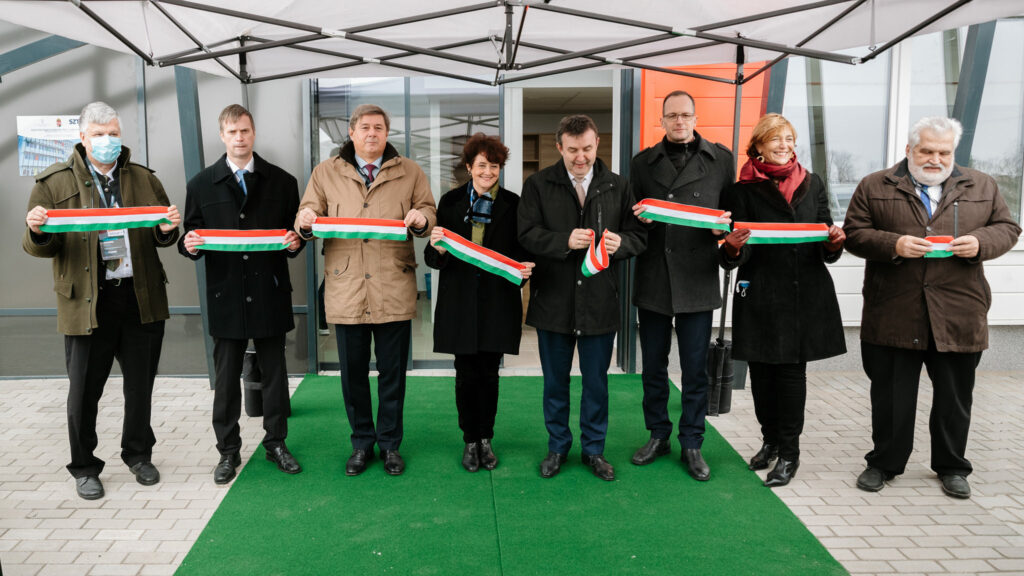 We would like to thank EMBL, University of Szeged, NRDIO – National Research Development and Innovation Office (NKFIH), Ferroép Zrt., Ministry for Innovation and Technology for making this happen. Special thanks to ELI-ALPS Research Institute for hospitality!

Laboratories and offices will be located in the Incubator House of the University of Szeged, which was inaugurated on 11 January 2022. Located next to the ELI ALPS Laser Research Centre in the Science Park, the renovated building will be the headquarters of the Hungarian Centre of Excellence for Molecular Medicine (HCEMM).

A new, modern city centre is being built. The first step of the Science Park Szeged development started in 2016 with the clearing of the 85 hectare site, the demolition of the old barracks buildings, the clearing of scrub and bush and the demilitarization of the entire area.

In the first quarter of 2022, a plan for the entire utility and road network of the area will be completed. With the renovation of the Incubator House, the Science Park Szeged project will reach its first major milestone. The building was officially inaugurated on 11 January 2022. At the same time, the Ministry of Innovation and Technology (ITM) and the European Molecular Biology Laboratory (EMBL) signed a cooperation agreement.

“The Science Park in Szeged has been selected as the home of the Hungarian Centre of Excellence in Molecular Medicine, HCEMM, in a tender awarded in cooperation with the European Molecular Biology Laboratory, EMBL. The large-scale EU project involves four Hungarian institutions working in partnership with EMBL: the National Research, Development and Innovation Office, Semmelweis University, the Biological Research Centre of the ELKH Szeged and the University of Szeged. I am confident that the Hungarian Centre of Excellence for Molecular Medicine, which will be located in the Incubator House, will become a key player in international research in the future, which will also open up new dimensions for the establishment of the biotechnology service industry.” – Said the Rector of SZTE.

“The Government has set the goal for Hungary to become a major innovator by 2030. The development of the skills of Hungarian professionals will be encouraged by supporting research careers and creating world-class infrastructure. During the coronavirus epidemic, unprecedented cooperation between Hungarian research institutions and companies was launched. This is well proved by the fact that the number of researchers in Hungary increased from 31,000 to 60,000 between 2010 and 2021.

This is one of the reasons why we have set up 14 science innovation parks across the country to help knowledge generated in the academic sphere find its way to businesses. Szeged is one of them.” – Said Prof. László Palkovics, Minister of Innovation and Technology. Regarding the cooperation agreement between ITM and EMBL, he also added that Hungary has been a member of the EMBL network since 2017, and since then the government has provided all the conditions for Hungarian researchers to participate in EMBL’s work.

“The Memorandum of Understanding we are about to sign comes at a very opportune time, as EMBL is embarking on its new 5-year scientific Programme, that just started on 1 January, and was endorsed and supported by Hungary as one of EMBL member states. With the new Programme we set ourselves an ambitious goal: to usher in a new era of life sciences in Europe, aiming to achieve a mechanistic understanding of life from molecules to entire ecosystems. Importantly, we see this Programme as a first pan-European strategy for molecular research for human and environmental health. It will equip Europe with tools to address major societal challenges, from climate change and loss of biodiversity to emerging infectious diseases and cancer. The Programme will deliver to our member states, integrate the life sciences research across member states, and empower them in their socio-economic green recovery.

The scientific questions we will pursue – as well as the major societal issues addressed – cannot be tackled by one country nor by one discipline alone. By design, this Programme aims for EMBL to engage with its member states as never before, and various pathways for this are foreseen in our next 5-year plan. That is why the agreement signed today is key for EMBL’s future strategy.” – Said Prof. Edith Heard, Director General of the European Molecular Biology Laboratory (EMBL)

Dr. István Szabó, Deputy President for Science and International Affairs of the National Research, Development and Innovation Office, pointed out that the European Union launched the Widening programmes to create cooperation that will enable EU institutions and domestic institutions to work together in a single programme to raise the level of research, development and innovation. The EU has provided the funding for the project, and the actors are contributing what is needed to make it work. Dr. István Szabó stressed that they would like to see more similar initiatives. He also mentioned the National Laboratories, with which the government aims to create more and more scientific research laboratories that can cooperate with partners at European level.

Dr. Christoph Sensen, CEO and Director General of the Hungarian Centre of Excellence in Molecular Medicine (HCMM), highlighted that the opening of the Incubator House is a significant milestone in the HCEMM Programme, which has gradually developed since the reception of an EU Teaming grant in 2017, where Semmelweis University, the University of Szeged, the Biological Research Centre and NKFIH joined forces with our Advanced Partner, the European Molecular Biological Laboratory, HCEMM has developed into a Program through obtaining Hungarian National Laboratory status. At the end of 2021 HCEMM also was designated as one of the Hungarian Excellent Research Infrastructures.

“HCEMMs Mandate is to perform Research and Development on topics related to Healthy Ageing. With our Four Research Pillars, which include Cancers, Metabolic Diseases, Cardiovascular Diseases and Infectious Diseases. We are aiming at the development of new Diagnostic Methods and Treatment Options which improve the quality of life and the life expectancy of the patients and also contribute to lowering the health care costs at the same time. In the next few days, we will also begin to equip the laboratories and offices.” – Said the Director-General, who concluded his speech by thanking everyone in Hungarian for their work in making the Incubator House a reality.

Before the ribbon-cutting ceremony Dr. Judit Fendler, Chancellor of the University of Szeged, recalled the past from 2016.

“As the first Hungarian university winning such a tender as member of a consortium, we received tremendous support from the Consortium’s mentor, the European Molecular Biology Laboratory (EMBL) in Heidelberg, and from the National Research, Development and Innovation Office (NKFIH) in Hungary, and their dedicated staff,” said the Chancellor of SZTE. She expressed her hope that the Science Park Szeged will soon become a vibrant second city centre, assisted by the construction of a Science Conference and Visitors Centre that will host the international Student Olympics in Informatics attracting the world’s best students in the summer of 2023. Finally, Dr. Judit Fendler underlined that the Science Park is one of the most significant strategic steps in the history of the SZTE, which will allow it to become the first engine of economic development in the region as a fourth generation university.

Jnr. Gábor Pál Nemesi, CEO of Ferroép Zrt., the contractor of the project, spoke about the details of the renovation.

The building originally had one staircase, to which the entrance was connected. In order to facilitate interior transport, the main entrance was relocated during the renovation and an internal lift was installed to provide accessible transport between levels. Besides, a complete architectural, mechanical, electrical and low-voltage renovation of the three-storey building, with a total useful area of around 3,300 square metres, was carried out. In addition to the offices, other facilities have been added and sections for biotechnology research and experimental laboratory has been created.

The aim of the Incubator House is to ensure that R&D and innovation companies have direct access to both the ELI-ALPS research infrastructure and to the University of Szeged, in order to create an innovation base that the Science Park can build in the long term. The building will therefore provide ideal conditions for both local and regional micro-enterprises, with reduced rental fees and services, and with access to the necessary professional services.

Following the press tour, Prof. Dr. Gábor Szabó, Chairman of the Board of Trustees of the Foundation for the University of Szeged expressed his appreciation for the project and invited the leaders of the three research groups of HCEMM – Prof. Dr. Lajos Kemény, Karolina Pircs and Zsuzsanna Darula – to give their introductory presentations.

The next step in the development of Science Park Szeged will be the construction of the Competence Centre for Vehicle Industry. Focussing on the challenges of the electromobility era, the Competence Centre (educational, research and development, and metrological centre) will provide well-equipped laboratories – operating within universities and companies – for internationally renowned academics, researchers and practitioners.

Another infrastructure development related to the restructuring of the engineering education and research at the University of Szeged is the construction of the buildings of the Technology and Innovation Centre, which will house test laboratories, teaching and laboratory facilities, and a conference hall. 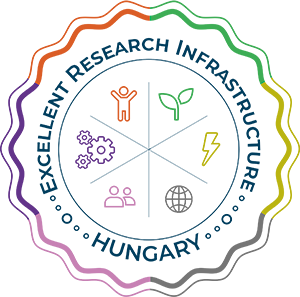 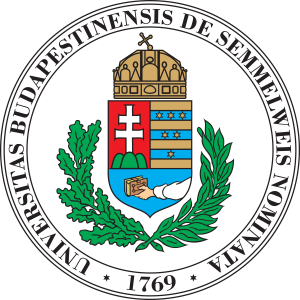 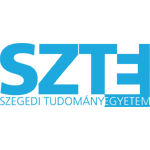 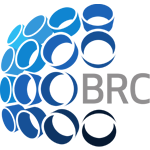